called simply Kanyon. Located just next to the central bus station, there are mainly clothing shops, but also a pharmacy, a restaurant, a shop with massage equipment and mobile phone stands. 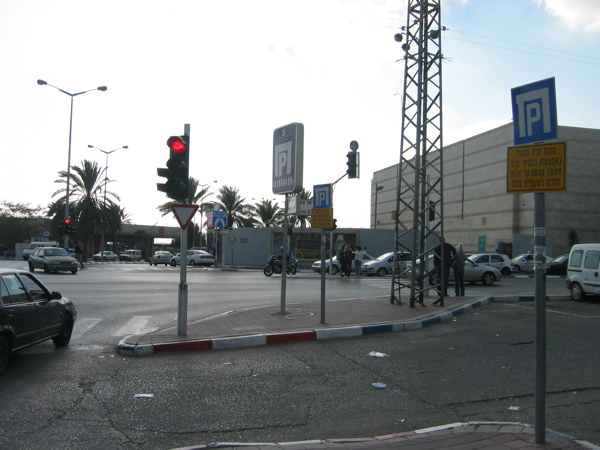 On the photo Kanyon is on the right (the grey window-less building) and the Central Bus Station on the left.

Supermarket mostly with food, located some 200m from Kanyon, at the corner of Wolfsohn and Shmaryahu. By some considered as the best combination of price and quality among supermarkets in Beer-Sheva and according to some others, resembles to some extend supermarkets from Aldi chain. 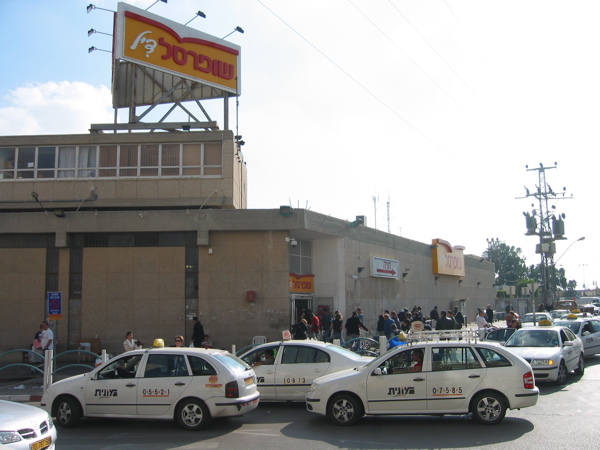 Probably not the most impressive in this category, but conveniently located at the corner of Wolfsohn and Rager, 200 meters from Kanyon and 50 meters from Supersal. Alongside with Russian specialities offers a free drive home if you do shopping above 200 NIS. 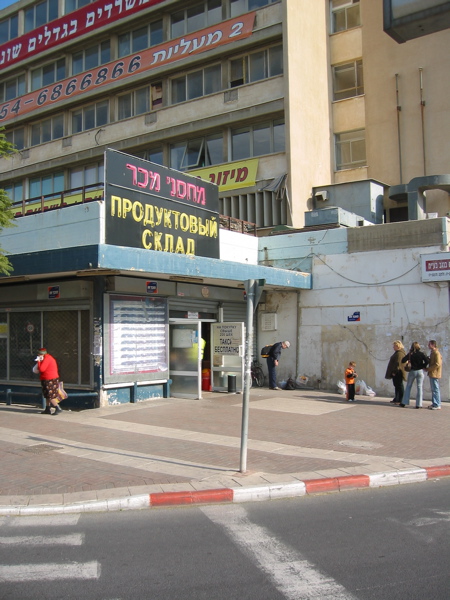 Mania on the left and Mega on the right 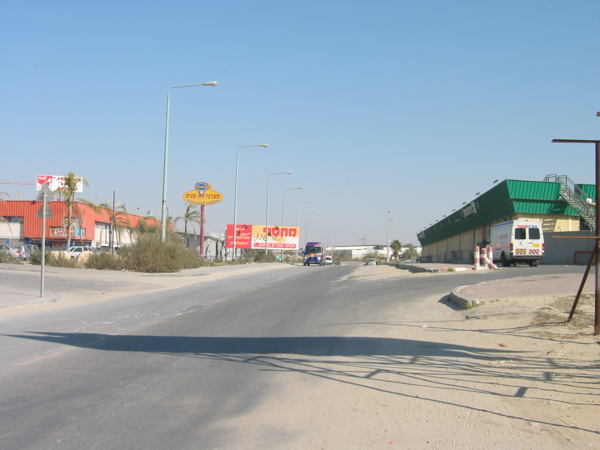 is a large strip mall, located some 2500m southeast of the campus, at the corner of Nafha and Derekh Hevron. It has various stores and restaurants, as well as two supermarkets (a branch of Mega and a branch of Shefa Shuk, which is a bit cheaper), a pharmacy (Superpharm), a health food store (Rotem) and two bakeries. 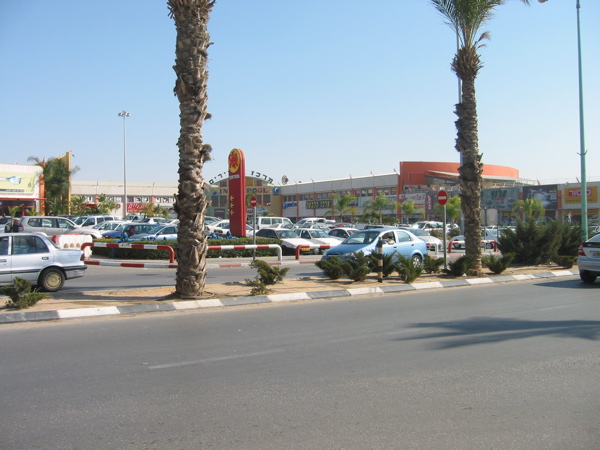 adjacent to the BIG center, is a large supermarket which boasts a wide selection of food, which is harder to find in other supermarkets, including a large selection of non-kosher meat, and imported wine and cheese.

Open air market near the central bus station, where you can buy the freshest and the cheapest (some claim that also the most dirty) vegetables and fruits as well as meat, fish, bread, cheese, spices etc. There are also some stands with shwarma, falafel and other snacks. Bear in mind that sellers can add roten fruits, change price per kilo in the last moment or just invent the final price without any particular relation to your purchases. However, it is still a good bargain, if you take into account that all fruits and vegetables are 50% cheaper than in supermarkets. For the best deals, stroll in just as it's closing up (approximately at sunset from Sunday to Thursday and at 15:00 on Friday), when sellers are clearing out their stalls.

It is open every Thursday from 6 in the morning until 16:00. 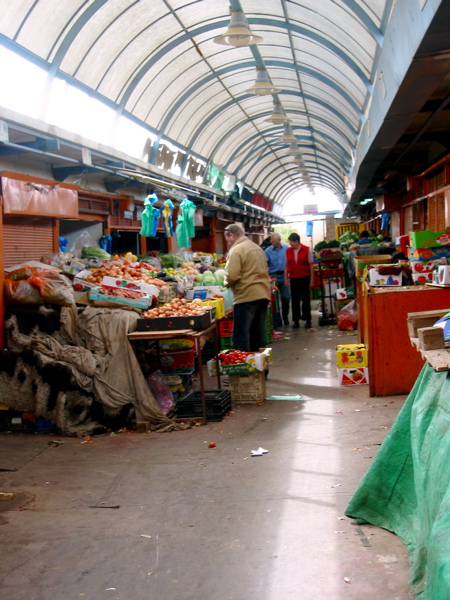 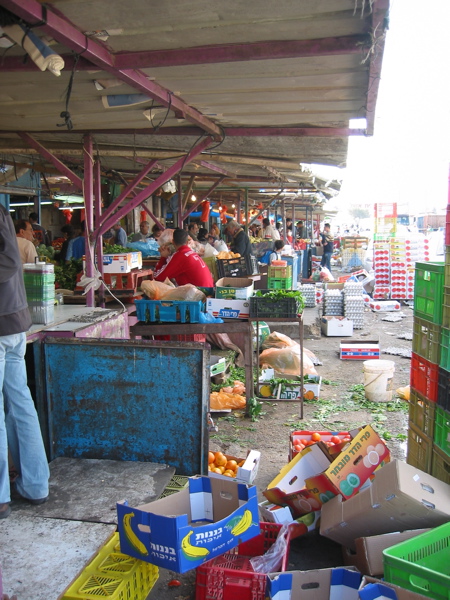 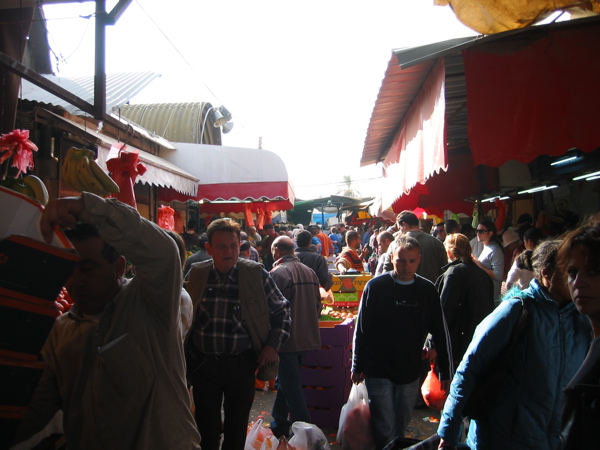 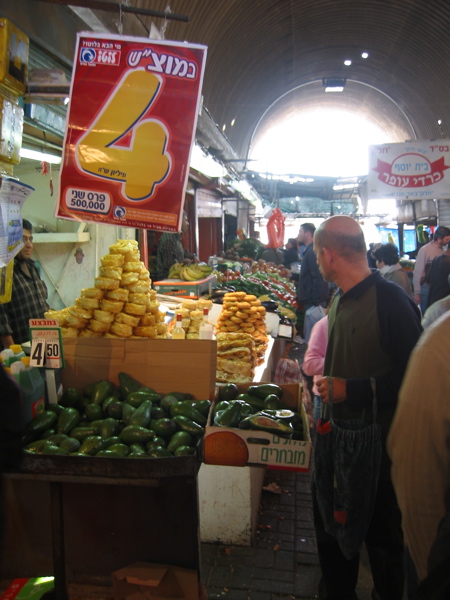