There are several money exchange boots in Beer-Sheva, one of them located opposite to the Central Bus Station and few others on KKL street in the Old City. You can also change foreign currencies in a bank, for example in HaPoalim branch at the campus (Student Centre, building 70, see campus map), but take into account that
Exchange rates of Euro, USD, Yen you can find at the left hand side of the main webpage of HaAretz daily. 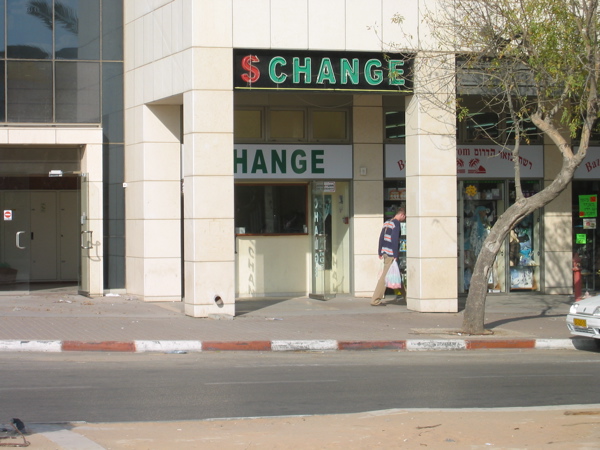 You need a bank account in order to receive your scholarship.

Competition between the banks is very limited, and they will all offer similar services for similar prices. The quality of service will depend more on the local branch employees than on the bank itself. Unless you are involved in unusually large financial transactions for a postdoc, the gains to be made from shopping around are likely to be negligible – it would most likely be best to just find a convenient branch next to where you live, or next to campus. 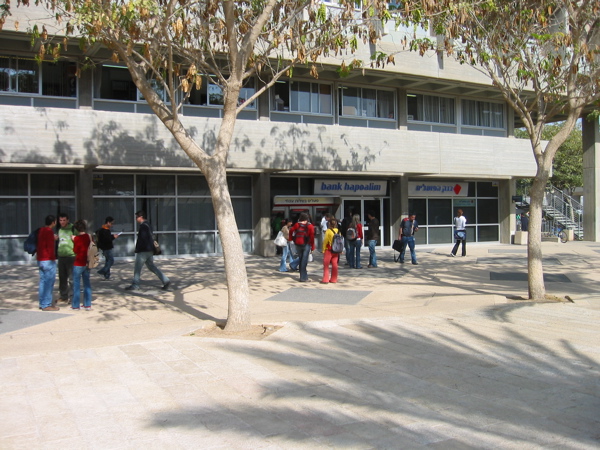 You can use an ATM card of any major Israeli bank in the ATM machine of any other Israeli bank, with no extra charge (beyond what your bank may already charge you for using your ATM card anyway). Convenient location of your particular bank's ATMs is therefore not an important consideration when choosing a bank.

There are three ATMs on campus, all of them close to the HaPoalim branch in the Student Centre (building 70, see campus map). Two ATMs are located in front of the building and one inside, in the basement, next to the entrance to Dyonun Bookshop. Those ATMs accept ATM cards of all major Israeli banks as well as Maestro, Visa and Mastercard cards from abroad.